~ A PLACE WHERE SWEET AND SAVORY MEET ~

Whether you are looking to pop in for a quick cup of coffee or stay with us for dinner and dessert Sugar Mill has it all. Our dessert case offers an ever changing variety of french macaroons, tarts, bars, cupcakes and cookies made fresh daily.

A MENU FOR EVERY TIME OF DAY 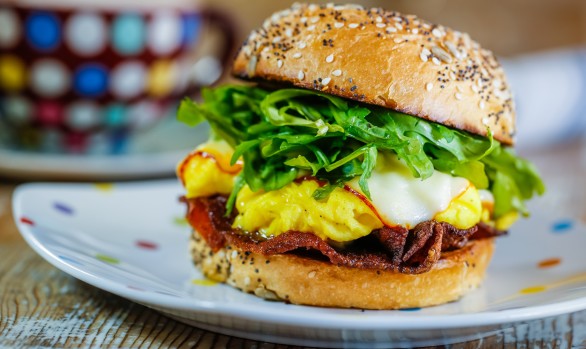 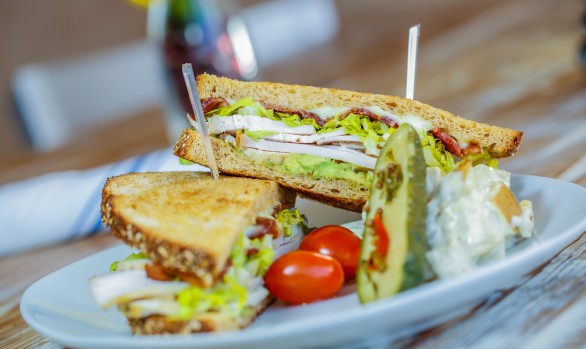 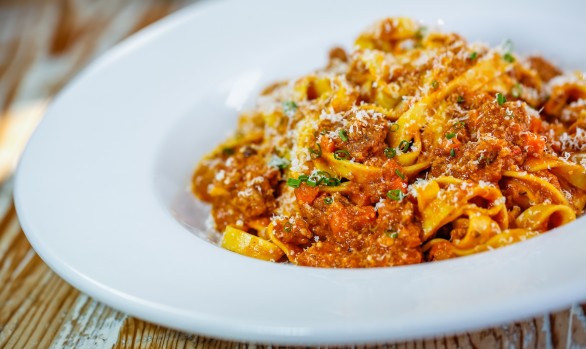 WORD FROM THE CHEF

“Sugarmill has an open kitchen, we invite you to dine at our chef’s counter. Talk to the chefs as they create your dish right before your eyes. We Serve savory dishes and specialize in desserts, pastries and sweets.”

Posted in Main | Comments Off on Your Favorite Dessert Spot

Sugarmill in Denver serves much more than desserts 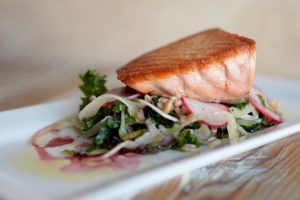 Sugarmill opened on a burgeoning stretch of the Ballpark neighborhood in late 2013, with deserved buzz about its dessert-centric menu that seemed set on satisfying Denver’s collective sweet tooth.

But there is more going on in the kitchen than just creative takes on tiramisu and pineapple upside-down cake.

Part of restaurateur Troy Guard’s holdings ( TAG, Guard and Grace, Los Chingones, among others) this spot at 2462 Larimer St. serves breakfast, lunch and dinner with a rotating array of protein-driven dishes and seasonal sides.

Noah French is the chef. You can find him there most days, working behind the exposed line in a spacious kitchen, turning out dishes such as pan-roasted asparagus, salmon crudo, black kale salad and a clever take on beef Wellington that the victorious duke himself would have approved. Napoleon, too, for that matter.

Sugarmill is a cheery room with lots of sunshine, thanks to a roll-up garage door that opens onto the restaurant’s sidewalk patio. A marble bar fronts a spacious kitchen, and a community table flanks two- and four-tops on the dining room’s oak floor. On the east wall is a mural of the interior of a 19th-century sugar factory.

Business seems brisk, a mix of day workers and folks making an evening trek for noshing and nightcaps off a smart wine and cocktail list.

No surprise there. Along with a knowledgeable staff, French has assembled a thoughtful menu that reflects what is going on in local fresh markets. Prices are reasonable. Small plates are in the $4-$7 range. Entrées run $14-$22.

“A lot of people think we’re just about desserts,” French said on a recent afternoon. “We’re trying to get word out that we’re a lot more than that.”

A starter of gnocchi ($9) won us over with thimble-sized dumplings dressed with shelled English peas, ham and a snowy pile of microplaned Parmesan cheese. The dumplings were dense but tender, and pan-crisped. Excellent.

A chilled salad of grilled shrimp with farro, mixed greens, tomato and herb dressing was generally a winner, though the raw fennel seemed to vie with tarragon in the creamy dressing. In any event, a lot of licorice notes were going on, and I thought the plump shrimp could have used some citrus oomph. But the dish was well-composed and a heaping helping at $12.

We liked a summery, garden-green fettucine tossed with pesto. It arrived in an appealing tangle, with bits of house-roasted chicken and that grated Parmesan.

But the star was the beef Wellington.

When prepared for a party, a whole tenderloin is sheathed in puff pastry, and everyone is served at once. But how to do it in a restaurant, where a whole shift might pass without an order?

French’s solution: Coat individual beef filets with minced mushrooms, wrap each in a puff pastry, then fire in the oven as necessary. The result was a juicy, mushroom-covered steak with a golden, flaky crust. A radish salad on the side injected bright notes.

A lunch visit was hit and miss. The house salad — a mix of kale, red cabbage, pistachios and sliced Medjool dates — needed more of the white balsamic vinaigrette.

A pulled-chicken sandwich had promising elements: tender roasted bird, Muenster cheese, tomatoes, caramelized onions and pesto on toasted wheat. But a bit more salt on the chicken — or somewhere — would have pushed the oddly under-seasoned dish to the level to which it aspired.

A pineapple upside-down cake used fresh, caramelized pineapple and was redolent of brown sugar. The cake, finished with toasted coconut, boasted a beautiful crumb. Arrive at the right time and you can watch French break down the pineapple himself, a great way to pick up some knife tips. Oh, THAT’S how it’s done.

Finally, a chocolate peanut brûleé was a model of color, flavor and all-around architecture. The beige-and-brown slab was piled with meticulously arranged raspberries and paired with a scoop of coffee ice cream.

While Sugarmill isn’t perfect, French and his crew delight enough of the time to make this a restaurant worth visiting.

Service: Friendly, and able to navigate diners through the menu